I specifically sought out these headlights for their integrated amber halo, capable of acting as the blinker, to eliminate the need to install a separate blinker bulb/housing of any kind. Round 5-3/4" headlights with halos are rare; much easier to find them in 7", but I felt that would be too big on such a small car.

I mounted the headlights horizontally into an existing mounting flange on the Exocet chassis. The headlights, having been meant for a motorcycle, came with a blue bulb facing up to indicate the high-beams were on. Now that this blue bulb was facing sideways, I removed it, drilled out the hole, and installed a yellow side-marker light. 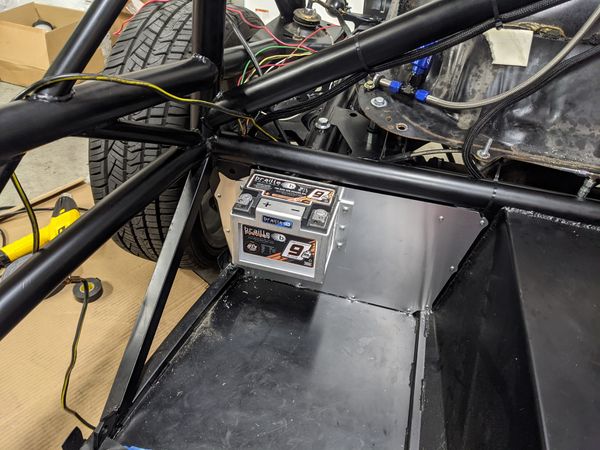 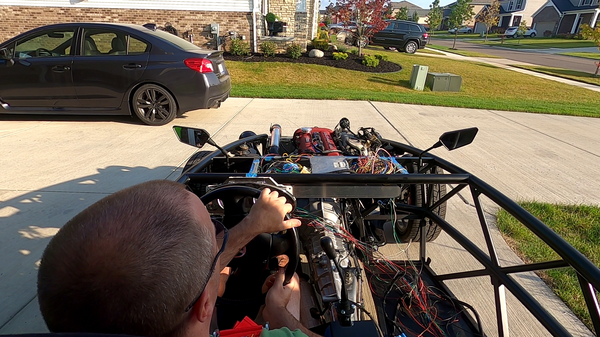 My neighbors had lots of questions. Below is a full accounting of all parts required to make the Exocet safe and street legal. Parts list: PartP/NNotesCostMishimoto coolant reservoir tankMMRT-CAWBK$